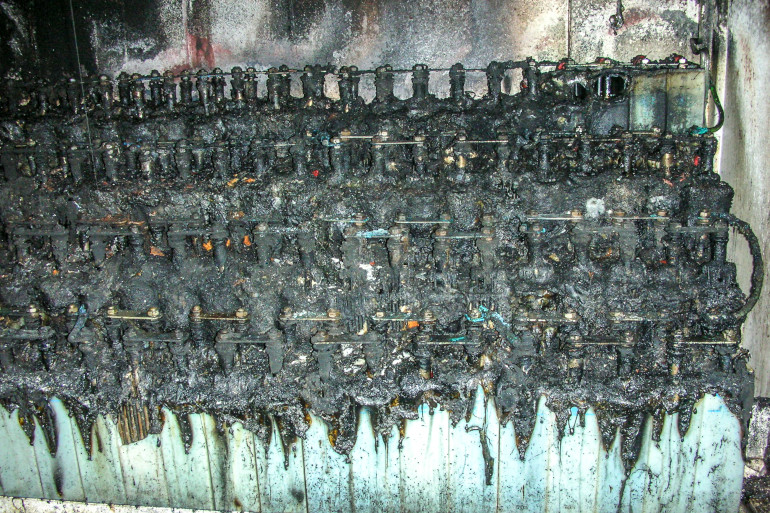 Batteries require maintenance work as stipulated by manufacturers and adapted to the special requirements of each installation. Not following these guidelines could result in:

The worst problem found in flooded batteries is when electrolyte level s to almost empty.

After 35 years in the business, we have only encountered this problem on two occasions, both under exceptional circumstances – where maintenance was non-existent or where there was a serious, undetected rectifier failure. This problem can lead to terrible results/outcomes.

The consequences on a daily basis would be:

But the main problem arises when we need to perform a deep discharge.   In this case:

Now we have a very dangerous and complicated situation:

In conclusion, to avoid these problems we recommend: